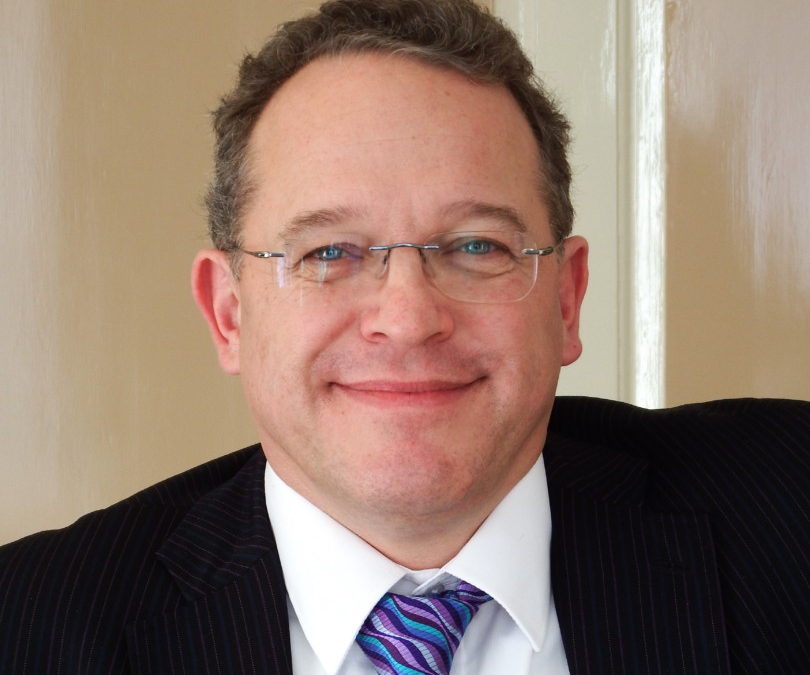 Norman Arnold is the proprietor of Anchor Recruitment in Newport. He’s also a consultant, a director of Zeta pdm, he’s the vice-chair of the Federation of Small Businesses and he’s an active member of the Chamber Of Commerce. Anchor Recruitment is celebrating its 35th year and has been owned by Norman for the last 18 years.

How has Anchor Recruitment changed since you took it on in 1997? How have things like Linked-in affected the marketplace?

We’ve changed and adapted. We’re actually one of the oldest independent recruitment agencies in the country, which surprises many people. When I bought the business there were still people sat there with typewriters. The number of staff I have at Anchor, despite higher turnover, has gone down over time. The size of the market has changed but not enough to warrant keeping lots of people busy. Yes, LinkedIn has arrived, but we use it now as a tool. Our clients are paying us for a service from an experienced and very skilled human being. Everybody who comes through us and goes for an interview somewhere will have been interviewed by us first. We’ll have looked at their CV and asked the right questions. Anyone who works here for just 6 months will probably have been involved in employing more people than most personnel directors will do in their career.

I think 2014 was a hard year for most Island businesses and I know a lot of us found it tougher than we expected. Having said that, Island businesses brush themselves off and 2015 will be a better year. People got nervous about doing anything in 2014 on the whole. There’s quite a lot of pent up demand for things out there now, whether that’s individuals wanting to buy things and also companies with investments in new plant, new machinery and new ideas. People are ready now and they want it to be a good year. Economies are all about confidence.

Is the Isle Of Wight a different place to do business?

The Island is not as different as people would sometimes like to believe. There’s a bit of ‘lazythink’ sometimes – the idea that “we’re the Isle of Wight, we’re different, things are harder for us.” People who are achieving things here tend not to have that mindset. You have to focus on our very real advantages, instead of the negatives. I see that in lots of the businesses that I’m involved in. You might not have a massive pool of people with a particular skillset, but the ones that you’ve got are jolly good. People are more up for it and the approach is more positive. They’re really keen and you actually might be the only person on the Island that can employ them. They know that, and they want to live here because of the quality of life, so you get really committed members of any team here. This is particularly true at the more skilled and specialist end, with things like manufacturing and software engineering.

Let’s talk about the Island’s workforce. We hear a lot about a “skills gap” and youth unemployment. In your experience, do employers struggle to find successful candidates on the Island?

One of the things I’ve noticed over the last 18 years is that the quality of young people registering is possibly a bit higher now. They’ve got a bit more spark, they’ve all seen The Apprentice and they have the idea that you have to present yourself in a certain way and be able to communicate. Some of the basic skills for some people are lacking, but for others they are exceptionally good. There is a skilled workforce here and lots of Islanders do of course commute to the mainland everyday. There isn’t a massive skills gap. I honestly, hand-on-heart, cannot remember the last time somebody came to me and wanted a particular role filling and I had to say to them, “Absolutely no chance – I can’t find you that.” The Island is a magnet for people with a similar mindset who like to solve problems, whether that’s software engineering or boatbuilding or metal work. We don’t appreciate how lucky and how clever we are. We have an amazing pool of talent.

For every job there are high numbers of applications and we hear that the competition is huge.

I think that’s always been true. Competition goes up and down over time but it doesn’t change dramatically. People talk fondly about “back in the 70s, when you could leave a job on a Friday afternoon because you didn’t like it and then pick up a new one on a Monday morning”. I think those are rose tinted spectacles. I think people have always had to work pretty hard to get a job. We are an island with a relatively small economy and you have to be realistic about that. In the last two or three years particularly I have noticed young people are particularly keen to take very junior positions because they are keen to get into the industry and get started. Getting into an organisation is the hardest part. There’s a younger generation coming through who are a lot more flexible and can see opportunities more than the middle-aged group.

How do you interpret the unemployment figures which, on the Island, are showing significant decreases in the number of people receiving Jobseekers Allowance?

We always look with interest at those statistics. The way that unemployment has dropped doesn’t actually tie in with most of our experiences talking to companies. I do deal with every sector on the Island and I know that the number of people employed in virtually every company that I talk to is less now than it was eight or 10 years ago. And yet I’m being told that, with a bigger population, more people are being employed. Well, I’m not seeing more companies out there. With the flow rate of people registering with us we have quite a good barometer of the number of people who are really looking for work. Last year was very interesting because you had this ever falling Island unemployment, and yet we were looking at a pretty steady level of people registering with us. There’s a gap there that needs explaining and I think it is more about the changes in the benefit system. It would be fascinating to break down the number of people who are no longer claiming long-term unemployment benefit or have moved from one kind of benefit to another.

How does the marketplace change during the year? You mentioned the flow rate of people registering – is that a seasonal thing?

You don’t have anything like the seasonal spikes and changes in employment and registration these days. When I bought the agency there was a certain amount of seasonality to it. The summer season was a little bit busier than the rest of the year but that’s right out of the window now. Last year, January and October were two of our busiest months and that also reflects the Island’s economy. I’m on a mission to do something about this fixation that somehow we are really reliant on seasonal businesses and that we’re still a holiday island. We are not a tourist economy! Manufacturing is the most important thing on the Isle of Wight and it generates the most money. And yet we don’t think of ourselves in that way! 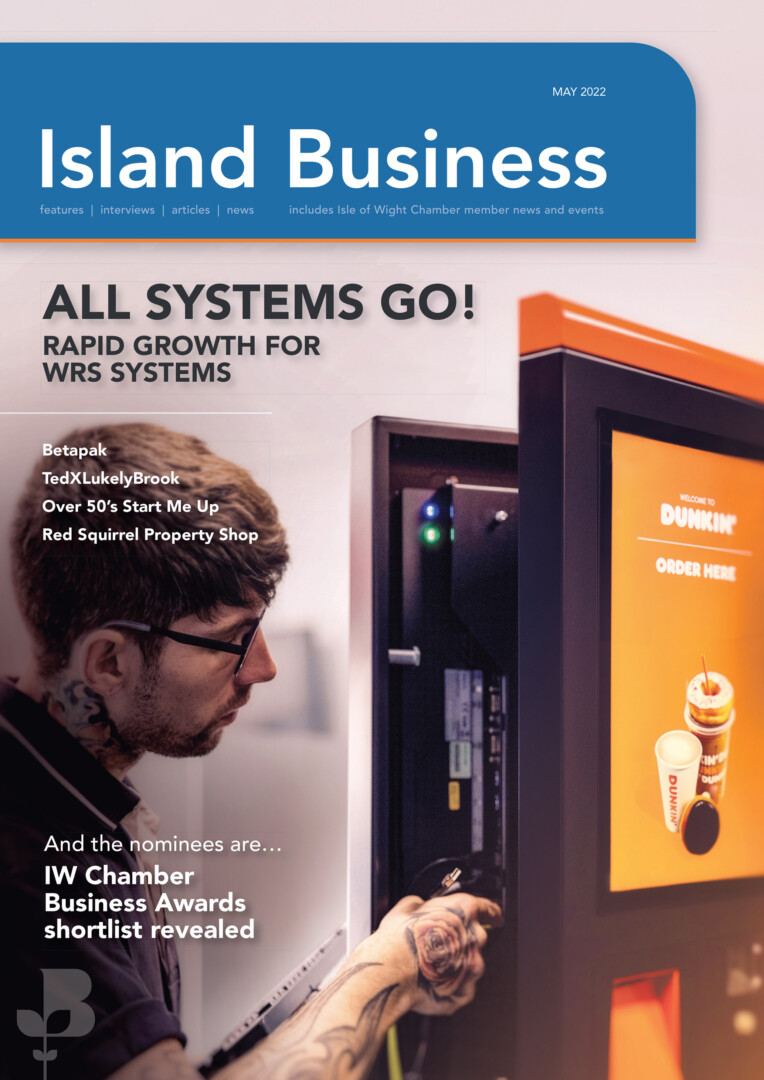 This year marks Her Majesty The Queen’s Platinum Jubilee, a time where the nation will come together to celebrate the Queen’s 70 incredible years of service. Her Majesty is Patron of the British Chamber of Commerce so we want to celebrate with our members.
IW Chamber members and their guests are invited to celebrate the Queen’s Platinum Jubilee with us at our Afternoon Party.
Join us at Newclose Cricket Ground Pavillion Bar and Café on Monday 6th June afternoon. The Pavillion Bar and Café boasts a large area with stunning grounds and if the weather is kind we can network outside.

This will be a fabulous networking event and celebration. You will receive a glass of Prosecco on arrival or soft drink option.
There will be a very British party spread of Sandwiches, Cake & Scones, Strawberries and Tea and Coffee.

We understand the importance of networking and promoting your business far and wide, and we aim to offer you the opportunity to network virtually on a large scale by connecting with our neighbouring Chambers to present this event with an abundance of opportunities to be made.

What will you get from attending this event?

What can you expect from attending?
At this event we will be utilising Zoom and breakout rooms to maximise your ability to meet as many businesses on the event as possible. You will meet the faces behind the partnering Chambers, learn about what is happening within each Chamber network and leave the event with many new connections from different business across the South East of England.