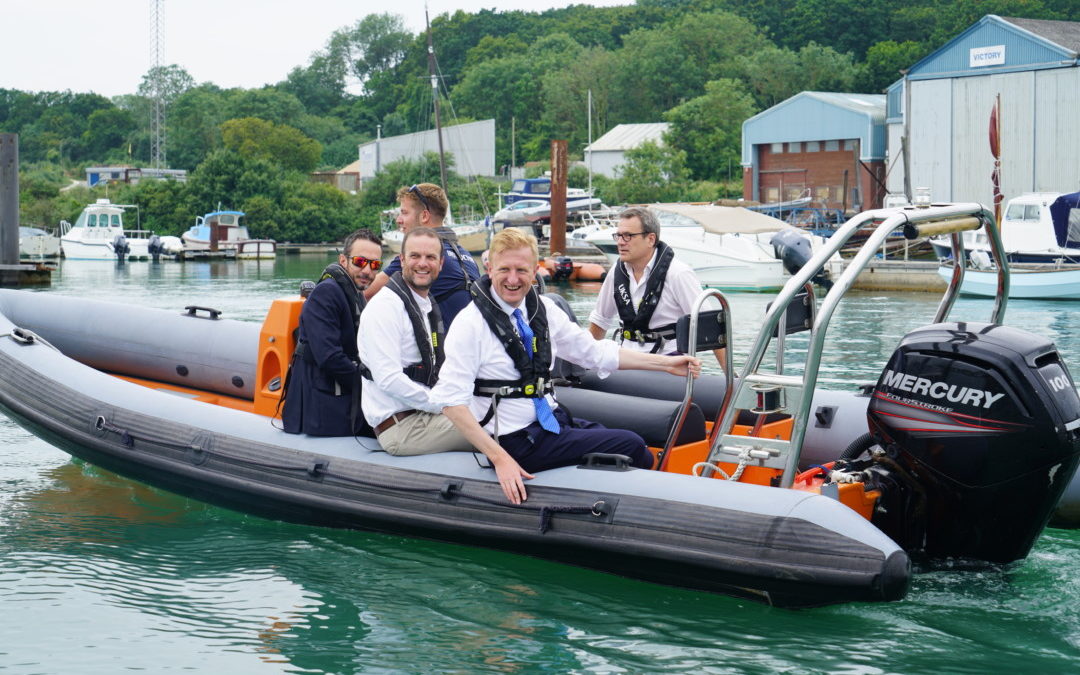 Tourism, 5G and the America’s Cup were all on the agenda for Oliver Dowden, the Secretary of State for Digital, Culture, Media and Sport, in a recent visit to the Island. His tour took in visits to Cowes, Tapnell Farm and a trip up the Medina to see blade production at Vestas.

The visit was organised by the Island’s MP Bob Seely, who briefed the Secretary of State on the work of Venture South, the Island’s cultural investment company. Oliver Dowden also heard about the Isle of Wight’s desire to bring the 37th America’s Cup to the Solent, as well as the importance of arts, culture and tourism to the Island’s economy.

“We wanted not only to highlight the importance of the Island to the UK visitor economy but also to explain the impact Covid has had on tourism-dependent businesses here,” Bob Seely said.

“We were able to share with the Secretary of State how money from the Department of Culture, Media and Sport is being spent on the Island with the rollout of rural broadband, the development of a 5G hotspot in Cowes and we fed back how important Culture Recovery Funds had been to Island arts businesses.” 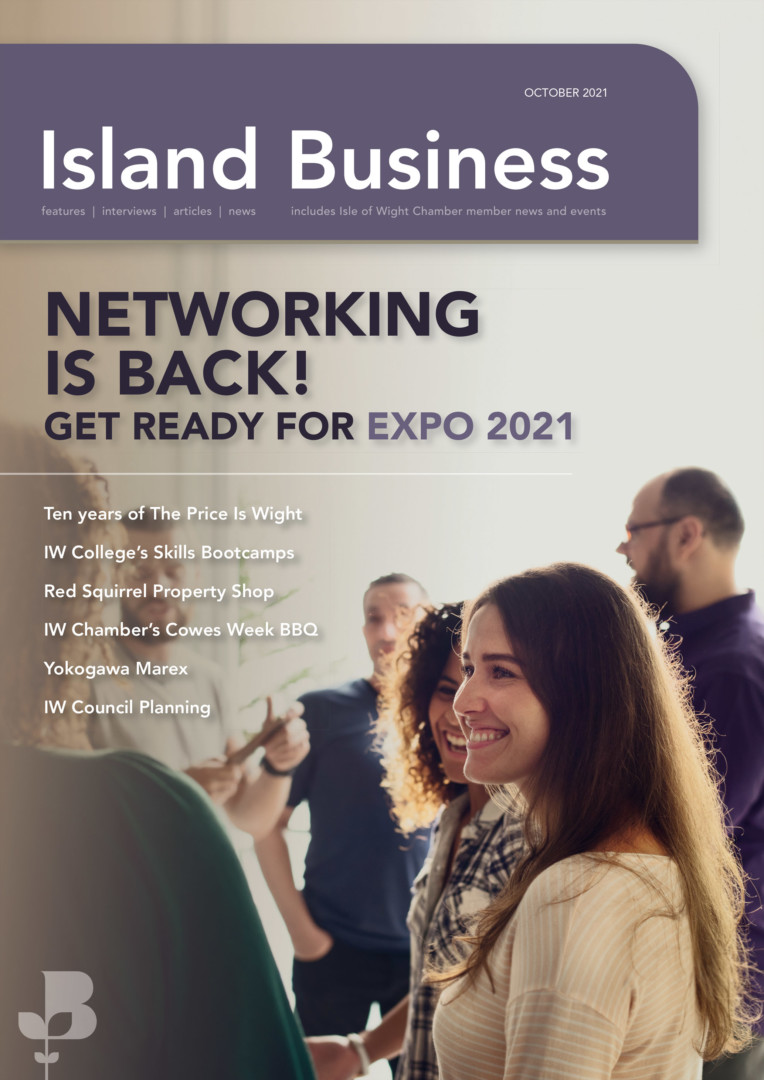 Wednesday 29 September 2021 10.30am - 11.30am Via Zoom Chamber Members Only ! The pandemic has created many challenges but also opportunities for businesses to adapt and change the way they might think about

The pandemic has created many challenges but also opportunities for businesses to adapt and change the way they might think about work, including introducing remote and home working into the workplace.

Whether you want to find out what hybrid working is, are trying to decide if it is right for your business or are looking at introducing new policies around hybrid working, this webinar will give you the knowledge and support you need to make informed decisions.

Thursday 14 October 2021 YMCA, Shanklin 9.00am – 4.00pm IW Chamber members - £65 +vat per person This one-day course is designed to give delegates the knowledge, skills and confidence to help those that

Wednesday 27 October 2021 5.00pm - 7.30pm Lakeside Park Hotel, Wootton IW Chamber members - FREE The event starts at 5pm with a reception and an hour of business networking in the Oyster Room

The event starts at 5pm with a reception and an hour of business networking in the Oyster Room before moving to the Kingfisher Suite where Dale will present ‘There’s always more toothpaste in the tube!’ where he takes a look at innovation and the important part it has to play in any business and reflect on how companies have innovated and adapted to re-discover themselves in what has been an extremely challenging and unprecedented time for many. Exploring the out-of-the-box thinking and ground-breaking ideas that have enabled some to thrive and become more resilient than ever before, including examples of island businesses that are a great example of what can be achieved. A talk that will spark new ideas and surprise many as to the possibilities when we innovate, adapt and move away from the conventional. Reflecting that when adversity faces us and we feel we have exhausted all avenues ‘There is always more toothpaste in the tube!’

Please note that by registering for this event you give permission for your details to be shared with the event organiser.